A passion for people and cultivated artistry is what makes Kristi Fuhrmann-Kerr one of the top makeup artists working today. The cornerstone of her work is excellent training and masterful technique. She is best known for fresh faces, glowing skin and show-stopping eyes. Kristi’s fresh-faced beauties include Molly Sims and Vanessa Lachey. Her openness and warm energy has garnered not only a roster of loyal clients but has fostered relationships with top beauty brands and national publications. Her work has appeared on red carpets, television screens, in music videos and magazines worldwide.

Kristi spent her early years as a freelance makeup artist in NYC finding a home at the mecca of pop culture – MTV. With Kristi’s eye for beauty and down-to-earth personality, she soon received her first celebrity request from Alanis Morissette. From there, she quickly ascended to head of the department where she helmed a team of talented artists and styled all the on-air talent and celebrity guests.

After 10 years with MTV, Kristi expanded to the west coast. She integrated into the Los Angeles market as an additional makeup artist on several hit shows including American Idol, Dancing With the Stars, SYTYCD, World of Dance and America’s Got Talent. Working with some amazing mentors, she enriched and elevated her skills as an artist and seamlessly adapted to HD and the evolving medium of television. She continually works with many of the creative colleagues she met during this time.

Additionally, Kristi has done personal grooming for many notable personalities and artists including Carson Daly, Ryan Seacrest, Drake, Leon Bridges and Nick Lachey. She has worked with Carson Daly since her early days at MTV grooming him for TRL, Last Call, and currently The Voice.

Kristi continues to work on both coasts and has never lost her love of working with a team. She frequently can be found heading up makeup departments at notable awards shows – VMA’s, MTV Movie Awards, and the iHeartRadio Music Awards.

Kristi continues to learn and grow with every job, class, and client. Her natural proclivity to flourish in a whirlwind of activity makes her job a pleasure and she is privileged to be a part of such a vibrant community of artists. 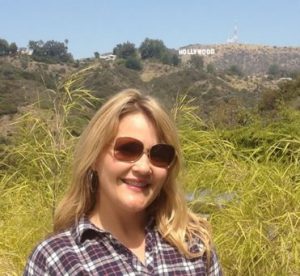